Makeshift Broadcast is recording its next podcast at The Old Hairdresser’s on 19th May 2015 at 8pm.

It will be another evening of plays, poems, stories, music and everything in between. Join us for the live recording and be part of the applause!

The highlight of Julie’s career came when The Sorry Story of the Angel and the Bear was performed alongside writing by some of her favourite playwrights Alan Ayckbourn, J.P Donleavy, Athol Fugard and Patrick Marber. This encouraged Julie to continue her passion of writing for the stage. Her plays include Like this… (Tron Theatre), Angel/Bear for Mayfesto, Ragdolls with Reclaim the F Word (Tron Theatre), Look After Me (3 minute Theatre, Oran Mor) and Back to Me (Short Play Theatre, CCA). Julie’s play Troon was recently shortlisted for the Short Play Award at Cumbernauld Theatre.

Project Naked was started by two young women who were sick of only hearing the media’s narrative around women’s bodies, and wanted to hear what women really thought. For the past three years, they have been collecting women’s stories of their relationships with their bodies and publishing them on their blog. They have also recently started putting on live events which aim to promote women in the arts.

Project Naked would like to encourage you to donate what you can to Edinburgh Women’s Rape and Sexual Abuse Centre. Please donate here.

Glitter and Smoke by Allie Costa
directed by Clare Marcie

Allie Costa is a Los Angeles-based actress working in film, TV, theatre, and voiceover. She is also a prolific writer. Her short story Glitter and Smoke is inspired by a photograph by Crissa Chappell and the song Time Lapse Lifetime by Maria Taylor.

Michael Crowley is a poet and playwright who has written for stage, short film and radio and worked extensively in youth theatre. His first collection of poetry Close to Home is published by Prole Books. He is currently writing a collection entitled First Fleet in the imagined voices of the convict settlement of 1788 in New South Wales. He lives in West Yorkshire and teaches creative writing at Sheffield Hallam University. 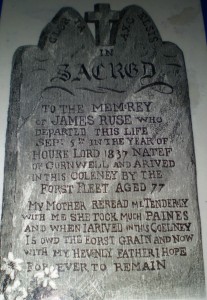 If you haven’t already heard it, make sure you listen to other editions of the podcast on Mixcloud.